Princess Twilight Sparkle (voiced by Tara Strong) is one of the main characters of My Little Pony: Friendship is Magic. She represents the element of magic. She's the student of Princess Celestia and makes friendship reports to her. Her best friends are Applejack, Fluttershy, Rarity, Rainbow Dash and Pinkie Pie. Her friend and assistant is Spike the dragon, and her big brother is Shining Armor, who is now married to her old foalsitter now older sister-in-law, Princess Cadence. She also helps her friends if something is troubling them, like Princess Celestia's sister Princess Luna.

Twilight and Spike have a brother-sister relationship.

Sam gets along with Twilight and acts as a father-figure to her.

Max is like a brother-figure to Twilight for a hyperkinetic rabbity thing. 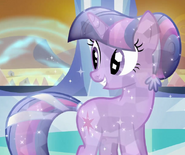 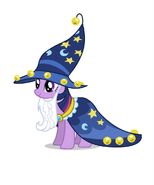 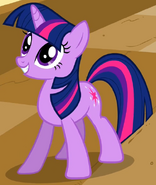 Twilight Sparkle as a unicorn. 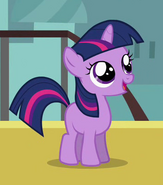 Twilight Sparkle as a filly. 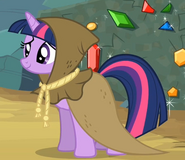 Dressed as Clover the Clever 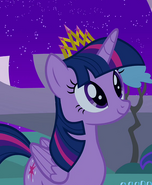 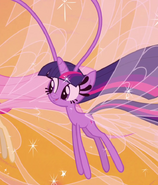 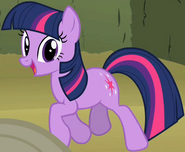 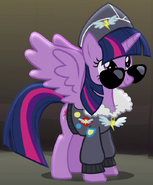 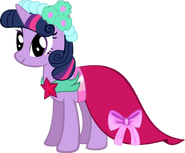 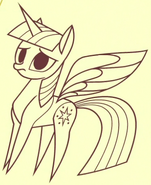 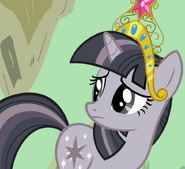 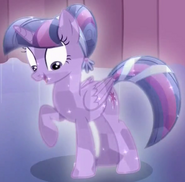 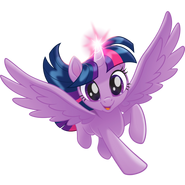 As a Music Box Ballerina 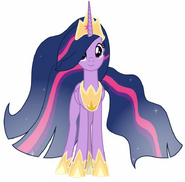 As an adult
1/6
Community content is available under CC-BY-SA unless otherwise noted.