Tooth (Tooth Fairy) (voiced by Isla Fisher) is a character in Jeffrey, Jaden Jeffrey, Jaden & Friends' Storm Adventures of Rise of the Guardians, and is the Guardian of Memories. She collect the loose teeth from kids, and leaves money to them when they're asleep. Every tooth she collects contains memories of the child from where they came. 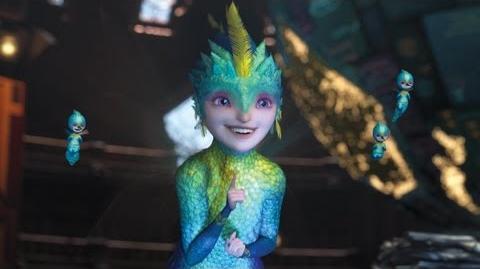 When Pitch threatened the children of the world, Tooth was summoned to help stop him. Her home was attacked, and the teeth and her fairies where stolen. Her fellow Guardians, Jaden's Team, and Jeffrey's Team helped her collect the teeth from the children for her and left the change for them. After getting help from them, she helped the other Guardians with restoring the children's faith in them. But Pitch became too powerful and almost destroyed her and the other Guardians. However, Jack Frost managed to restore the faith in a small group of kids, and this restored her strength and helped her defeat Pitch.

Retrieved from "https://jadensadventures.fandom.com/wiki/Tooth_(Tooth_Fairy)?oldid=237200"
Community content is available under CC-BY-SA unless otherwise noted.