Start a Wiki
Timon (voiced by Nathan Lane) is a meerkat friend of Simba, Pooh, and Jaden. His best friend is a warthog named Pumbaa. In Jaden meets The Lion King, he helped Simba and Jaden defeat Scar and save the Pride Lands. 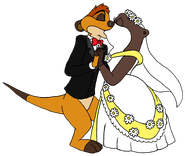 Timon and his sweetheart, Marlene from The Penguins of Madagascar (drawn by BennyTheBeast on DeviantArt)

Timon as a Space Ranger (drawn by BennyTheBeast on DeviantArt) 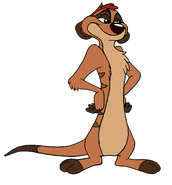 Timon (drawn by BennyTheBeast and recolored by Chris the Lion)

Friends stick together to the end: Timon and Pumbaa together.

"Whattaya want me to do? Dress in drag and do the hula?"

Timon and his best pal Pumbaa 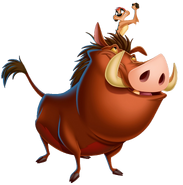 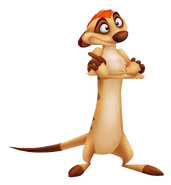 Add a photo to this gallery
Retrieved from "https://jadensadventures.fandom.com/wiki/Timon?oldid=243857"
Community content is available under CC-BY-SA unless otherwise noted.