Start a Wiki
"I don't need a weapon! My friends are my power!" -Sora to Riku

Sora (voiced by Haley Joel Osment in English and Miryu Ino In Japanese) is the main protagonist of the Kingdom Hearts saga. He is known as the Keyblade master, and is a defender of the light. Sora was born on an island, and he, along with Riku and Kairi, dreamed of seeing other worlds. One night, the island was attacked by creatures called the Heartless, and Sora ended up in a place called Traverse Town. There, he met Donald and Goofy, who were looking for him to help them find Mickey, the three of them agreed to work together as a team to search for their friends. At Hollow Bastion, Sora discovered that Kairi's heart was within him, and that he only way to free it was to use the Keyblade of People's Hearts and stab himself in the chest with it. Kairi's heart was freed, but Sora became a Heartless in the process, but Kairi was able to restore him to his human body. After traveling to many worlds, in the end, Sora stopped the darkness from spreading by defeating Xehanort's Heartless and sealing the Door to Darkness. But Sora's story is not yet over...

In search of Riku and King Mickey, Sora, Donald and Goofy arrived at Castle Oblivion, where they slowly started to loose their memories. But Sora started to remember a friend he used to play with called Naminé. Sora was determined to save her from Marluxia and Larxene, but Sora's memories of her were fake. Marluxia plotted to use Sora to overthrow the Organization, but Axel used Naminé to warn Sora of the plot, and Sora managed to defeat Marluxia. In order to get their memories back, Sora, Donald and Goofy had to sleep in pods, while Naminé had to rearrange the chain of memories to the way they were. But they wouldn't remember anything that happened in Castle Oblivion. Sora made a promise to Naminé that when he'd wake up, they meet again.

After about a year of sleeping, Sora, Donald and Goofy woke up in Twilight Town and began continuing their search for King Mickey and Riku.

In his Valor Form

In his Wisdom Form 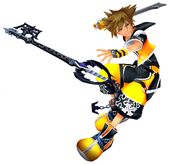 In his Master Form

In his Final Form 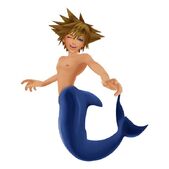 As a Merman From Atlantica 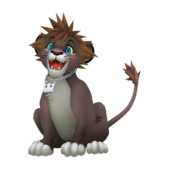 As a Lion Cub From the Pride Lands

In the Form of a Giant Playing Card 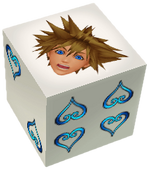 In the Form of a Playing Die

From the first Kingdom Hearts game 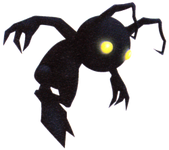 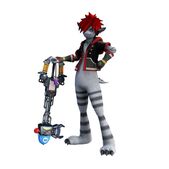 In his Moster Form 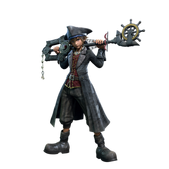 In his Pirate outfit

Add a photo to this gallery
Retrieved from "https://jadensadventures.fandom.com/wiki/Sora?oldid=257204"
Community content is available under CC-BY-SA unless otherwise noted.