Rex Salazar (Voiced by Daryl Sabara) Is the main hero in Generator Rex. He's a young teeage boy who can control nanites. Tiny machines that turn people into monsters called E.V.Os. Unlike the others, he can turn his nanites into weapons from a sword, to ganlets to called Smack Hands and other useful tools while fighting E.V.Os. 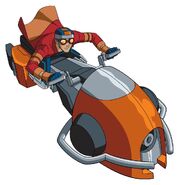 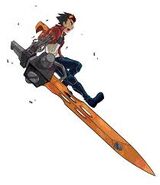 Add a photo to this gallery
Retrieved from "https://jadensadventures.fandom.com/wiki/Rex_Salazar?oldid=211927"
Community content is available under CC-BY-SA unless otherwise noted.