Start a Wiki
The Red Skull (performed by Hugo Weaving, later Ross Marquand) was a high member of the Nazi regime during World War II, the founder of HYDRA, and constant threat to Captain America and the Avengers.

Red Skull as he appears in Avengers: Earth's Mightest Heroes 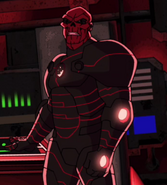 As "The Iron Skull" 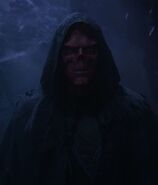 Red Skull the Stonekeeper
Add a photo to this gallery
Retrieved from "https://jadensadventures.fandom.com/wiki/Red_Skull?oldid=256477"
Community content is available under CC-BY-SA unless otherwise noted.