Rainbow Dash (voiced by Ashleigh Ball) is a main character of My Little Pony: Friendship is Magic. She represents the element of loyalty. She can be brash and arrogant, but she is loyal to her friends. She can fly pretty fast and can control the weather. Her dream is join Equestria's high flying organization: the Wonderbolts. 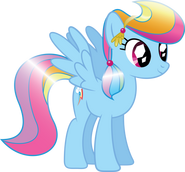 Rainbow Dash in her Wonderbolt outfit. 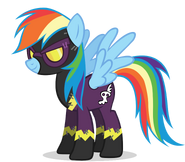 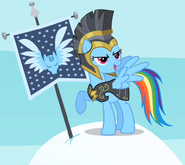 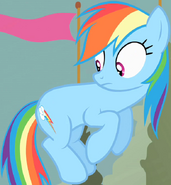 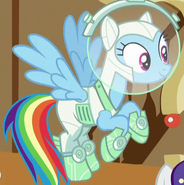 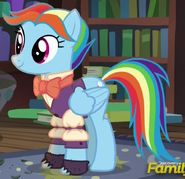 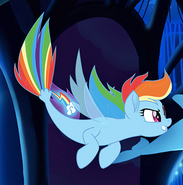 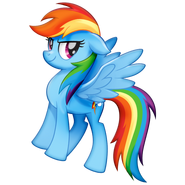 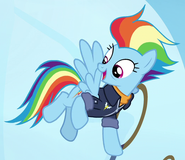 Add a photo to this gallery
Retrieved from "https://jadensadventures.fandom.com/wiki/Rainbow_Dash?oldid=252600"
Community content is available under CC-BY-SA unless otherwise noted.