Necrozma is a legendary Psychic-Type Pokémon that resembles the Ultra Beasts. This is its form when it has absorbed overwhelming light energy. It fires laser beams from all over its body. The light pouring out from all over its body affects living things and nature, impacting them in various ways. 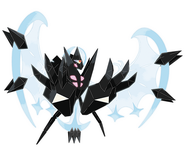 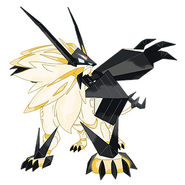 Ultra Necrozma
Add a photo to this gallery
Retrieved from "https://jadensadventures.fandom.com/wiki/Necrozma?oldid=220762"
Community content is available under CC-BY-SA unless otherwise noted.