Start a Wiki
Jesse Anderson (voiced by Pete Capella) is a duelist of North Academy, and is a great friend to Jaden. He and Jaden have many similarities. They can see duel monster spirits, they have the same passion for dueling, and are great duelists too. Jesse duels with a legendary deck known as the Crystal Beast deck. While under Yubel's control, he obtained two decks, his crystal beast now Advanced Crystal Beasts, and The Sacred Beasts, until freed from Yubel.

Jesse went to Duel Academy as a transfer student, and became quick friends with Jaden. He helped Jaden take down Pr. Viper, who had start survival duels, which were harming the duelists. After Jaden dueled Viper, they were sent to a world by Yubel were Duel Monster spirits were alive. In order to get everyone back home, Jesse stayed behind to finish dueling Yubel, and Jaden was determinded to get him back. Jaden and his friends went back to that world, only to find it completely different than the one they were at. After a long time searching, they found Jesse, but he was possessed by Yubel. Jaden freed him. But Jaden had to defeat Yubel in order to get everyone home. After Jaden combined his sould with Yubel's, Jesse and everyone else were sent back home.

After a long series of adventures, Jaden and his friends reuinte with Jesse, who was his old self from before. Jesse was invited to go on their adventures, and he (along with his Crystal Beast monsters) happily accepted. 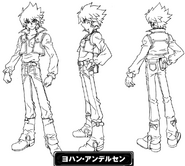 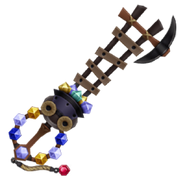 Add a photo to this gallery
Retrieved from "https://jadensadventures.fandom.com/wiki/Jesse_Anderson?oldid=255430"
Community content is available under CC-BY-SA unless otherwise noted.