Ganondorf is the primary antagonist of The Legend of Zelda games. He was once steal the Tri-Force so he could probably make a profit. But the evil within him grew and turned him into a monsterous demonic beast, and became known as Ganon. He took and used The Tri-Force of Power and to conquer all of Hyrule, but Princess Zelda, split The Tri-Force of Wisedom into 8 pieces before getting captured. He controlled Hyrule with an Iron fist until facing Link and was defeated both in his human and his demonic form. He returned in the Smash Bros. tournaments and eventually helped in defeating Tabuu. However, he still kept his evil ways after the tournament. Ganondorf's evil spirit was once in the form of The Imprisoned, and was released in a spiritual state and called Demise. However, he eventually met Zant, and gained a physical form in the Twilight Realm, and was reborn into Ganon, and finally became Ganondorf.

Role In the Series 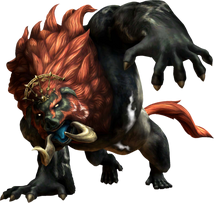 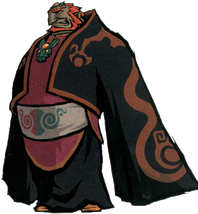 Ganondorf in The Wind Waker 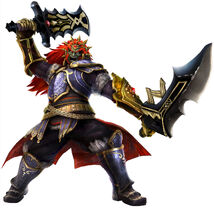 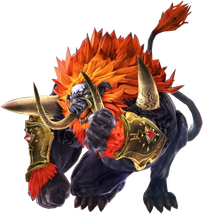 Ganondorf as he shown in Ocarina of Time 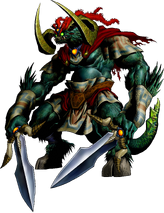 Ganon in Ocarina of Time 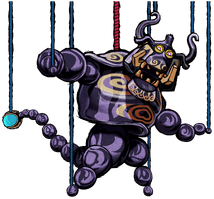 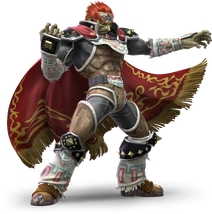