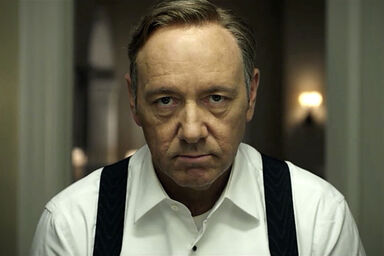 Francis J. Underwood (played by Kevin Spacey) is a ruthless American politician who served as a congressman, the Vice President, and the 46th President of the United States. After being forced to resign, he eventually became the head of Interdimensional Black Ops.

Retrieved from "https://jadensadventures.fandom.com/wiki/Francis_J._Underwood?oldid=218020"
Community content is available under CC-BY-SA unless otherwise noted.