Donald Duck (voiced by Tony Anselmo) is King Mickey Mouse's royal assistant, and the Royal Magician of ToonTown. He is a good friend to Sora, Goofy, Pooh, Jaden, and Jeffrey. His short temper can often get him into big trouble, but he is still loyal and good-hearted. Donald is a member of the Bugs and Daffy's Adventures team, along with his amigos, Panchito and Jose. 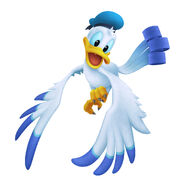 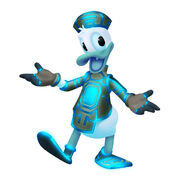 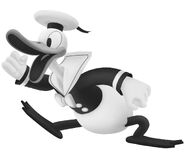 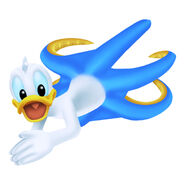 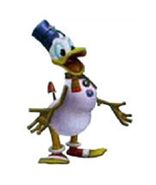 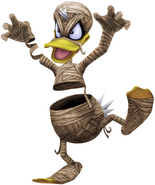 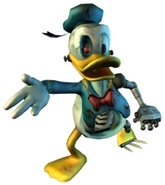 An Animatronic version of Donald

As one of the Famous three Musketeer 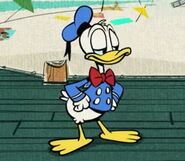 Donald as he appears in Mickey's new TV shorts. 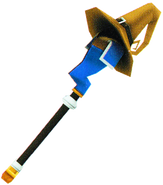 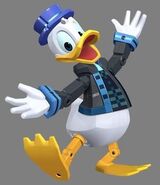 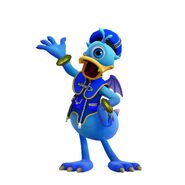 In his Monster Form 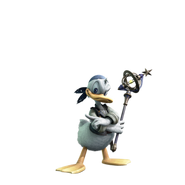 In his Pirate outfit
Add a photo to this gallery
Retrieved from "https://jadensadventures.fandom.com/wiki/Donald_Duck?oldid=259403"
Community content is available under CC-BY-SA unless otherwise noted.