Diego Jr., or DJ for short, is the son of Diego and Shira.

He looks like his mother. He is very shy and timid, but he can be brave at times too. Sometimes, DJ can also be sarcastic like his father and mother.

DJ and Tammy with their parents 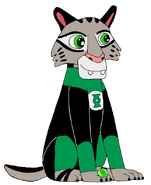 DJ as a Green Lantern 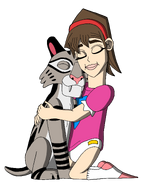 DJ being hugged by Baby Lily

Retrieved from "https://jadensadventures.fandom.com/wiki/Diego_Jr._(DJ)?oldid=256634"
Community content is available under CC-BY-SA unless otherwise noted.