Start a Wiki
Daring Do (voiced by Chiara Zanni) is the title character of the Daring Do book series in My Little Pony: Friendship is Magic. When Rainbow Dash was in the hospital, her friends offered her a Daring Do book to read. Rainbow Dash denied the idea of reading, but soon became attached to the series. Daring Do is an adventurous Pegasus pony who searches for ancient treasures while avoiding Ahuizotl's traps.

Later on, it is revealed that Daring Do is a real person who writes her own book series. 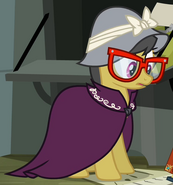 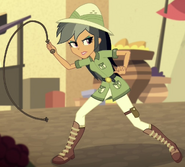 Retrieved from "https://jadensadventures.fandom.com/wiki/Daring_Do?oldid=228958"
Community content is available under CC-BY-SA unless otherwise noted.