Abel Phoebus is a villain in Aaron's Adventures who was used by Lucifer in order to get revenge on Athena, but was redeemed by Aaron's sister Jeanene. In The Bible, he is the middle son of Adam and Eve, and was killed by Cain from jealousy.

Abel was once kind young boy who lived with his brother, Cain, and his sister Aina. One day, on his way home from gathering wood for his family to prepare for the winter he encountered Lucifer, and was convinced that he was the divine lord of fire. He was defeated by Athena and his spirit was revived by Lucifer as one of his allies to take down Aaron and the others. 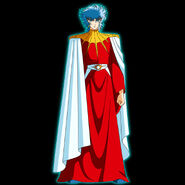 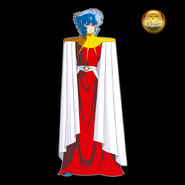 Retrieved from "https://jadensadventures.fandom.com/wiki/Abel?oldid=208502"
Community content is available under CC-BY-SA unless otherwise noted.